Today, I booked my most of my profits on a nice utility investment selection, the Mandatory Convertible Equity Units Series O (NEE-PO) issued by NextEra Energy (NEE). This entailed selling 20% of my share count, with my average cost just below par of $50. While NextEra Energy has an intriguing future and the common shares have both pricing momentum and heightened investor interest in its favor, future capital gains for the Equity Units should be maxed out around here. 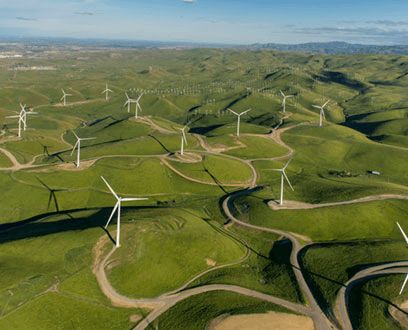 Originally known as Florida Power & Light, NEE has a rich history of service in the state of Florida. A great description of its humble beginnings from the company’s website:

Florida Power & Light Company was created on Dec. 28, 1925. In the beginning, FPL owned power plants, water facilities, gas plants, ice companies, laundry services and even an ice cream business. In its first year, the company served approximately 76,000 customers in 58 communities, and had a generating capacity of 70 MW.

NextEra is an electric utility on the move. Management has been very forward-thinking and has positioned the company in unique ways that will reward shareholders for the foreseeable future. Not much has changed from my August SA commentary comparing NextEra with Duke (DUK) – except, of course, the news that NEE has expressed a desire to acquire DUK.

Regulatory oversight – Florida utility regulators are considered one of the most supportive of the utilities under its jurisdiction. As the sole gatekeeper to utility profitability, this should be a key consideration in all utility company reviews.

Low-cost provider – There is virtually no better way to get on the good side of state regulators than to provide the lowest-cost product to ratepayers. NextEra has a long history of being the lowest-cost provider in Florida, although Emera’s (OTCPK:EMRAF) Tampa Electric is nipping at its heels. According to the local news, as of February 2019, NEE billing for 1,000 kw residential is 22% lower than a comparable Florida bill from Duke. NEE is known for slimming down its operating expenses. For example, since purchasing Gulf Power in 2018, subsidiary operating costs have declined by 9% year over year and 25% since its acquisition.

Strong financial management generating consistent long-term shareholder growth, and underlying demographic trends – NextEra has achieved an A- credit rating from S&P and Baa1 from Moody’s, with stable outlooks from both. In addition, management has earned an A- rating for 10-yr consistency in earnings and dividend growth by CRFA. Florida has been one of the net gainers in population shifts over the past few decades, and this trend is likely to continue. Population growth is one of the important matrices for long-term earnings growth in the utility sector. Investors should review the growth regions of the Southeast and Southwest for utility selections.

Leading position in renewable energy – NextEra owns and operates a profitable and unregulated renewable energy-generating company, NextEra Energy Resources (NEER), and its publicly traded dropdown partnership NextEra Energy Partners (NEP). Powered by long-term power purchase agreements, NEER is a major player in the onshore solar and wind power growth trends. By the end of 2022, NEE is expected to generate 30 to 36 GW of renewable power, up 50% from its 2019 generating capacity of 20 GW. In addition, the company is projected to expand its battery storage capacity to 1.5-2.0 GW, mainly 4-hour cycle design. In the second quarter of 2020, NEER contributed $1.08 in NEE per share earnings.

Last week, NextEra publicly disclosed a courtship of Duke Energy. While initially rebuffed by DUK management, the move unveils a few intriguing aspects. These include the speculation that regulators in the Carolinas and Midwest could nix the NEE/DUK merger, but offset by a competing desire from regulators to tap into NEE’s renewable energy expertise and funding. SA contributor Roger Conrad recently penned an article for Forbes that outlined this predicament:

There is a perhaps even more compelling reason for state and federal regulators to approve a prospective merger: The opportunity to accelerate adoption of renewable energy in states that historically have been highly dependent on coal-fired power. A faster wind and solar transition would obviously be a very strong selling point to a prospective Biden administration, whose appointees otherwise may be more inclined to oppose a mega-merger than the current administration. But it could be an even greater attraction for state regulators in the Carolinas, who could deliver a major decision in December regarding on the utility’s ability to recover costs for remediating coal ash ponds.

While Dominion (D) could swoop in with an offer for DUK, I estimate any merger would value DUK at upwards of $114 a share. At $93, DUK is currently trading at an EV/EBITDA valuation of 13.8x, and previous utility mergers have been in the 12x-15x range. A 10% premium to this previous merger valuation range, which could be justified by DUK’s heavy exposure to positive regulatory environments, calculates to a $114 potential high-end offer price that could work for DUK management, and with NEE share prices currently richly valued, a mostly stock deal could be approved.

NextEra common stock is trading at $295, $15 a share over the high end off the variable collared convertible ratio price for NEE-PO. NEE-PO is a hybrid security where each Equity Unit represents: 1) ownership of $50 worth of NEE short-term notes paying $2.44 a year interest (4.85% yield on a par value of $50) and 2) a contract to purchase $50 of NEE common stock utilizing the note ownership as payment. The date for the conversion is September 1, 2022. Part 1 is straightforward – a $50 value in a short-term note paying interest. Part 2 gets a bit trickier. The stock purchase contract has a collared feature where the number of shares the $50 note converts to varies based on the price of NEE at the time of conversion. If NEE trades between $224.12 and $280.15, the number of shares is determined by dividing the $50 note value by the share price. For example, if NEE trades at $255 or about halfway between the $224 and $280 collar, the conversions rate would be 1 Equity Unit = 0.1960 shares of NEE. If NEE trades below $224, the conversion rate is fixed at 0.2231, and if NEE trades over $280 at conversions, the ratio is fixed at 0.1785 share of NEE = 1 Equity Unit. More information can be found on the QuantumOnline.com description of the security and its terms.

I started a position in NEE.PO not long after its IPO in late Sept 2019 at $50.14, and added during the Great Swan Dive of March 2020 at $47. By selling at $57, I collected the equivalent of 2 years of interest in capital gains. If and when NEE-PO falls back close to its par value of $50, I’ll reload my share count, and just placed a GTC order for replacement shares at $51.50. If the GTC order fails to get triggered, I still have a nice position in both the common purchased several years ago and additional shares of NEE-PO.

All share purchase contract conversion ratios will be adjusted for the 4 for 1 NEE common stock split effective Oct 19, 2020.

Disclosure: I am/we are long NEE, DUK, D, NEE-PO. I wrote this article myself, and it expresses my own opinions. I am not receiving compensation for it (other than from Seeking Alpha). I have no business relationship with any company whose stock is mentioned in this article.