Real estate has now become popular. Real estate listings are moving quickly. And this is quite different from what we were seeing in December and January of 2020. Yes, we are seeing a migration from the cities. We are seeing people take advantage of the low interest rates. Once again housing is becoming affordable.

Sachem Capital (SACH) has been in a position to benefit from the new popularity. The company reported a 41% increase in revenue despite the pressures of COVID-19. Net income increased from $0.06 per share to $0.10.

Sachem is in the business of hard money lending, a business that is not as ominous and foreboding as it may sound. A hard money loan is simply a short-term loan secured by real estate. Lenders of these loans are typically individuals or companies rather than traditional lenders such as banks.

Hard money loans are often made to property flippers, a business popularized by Chip and Joanna Gaines of the HGTV television show Fixer Upper. 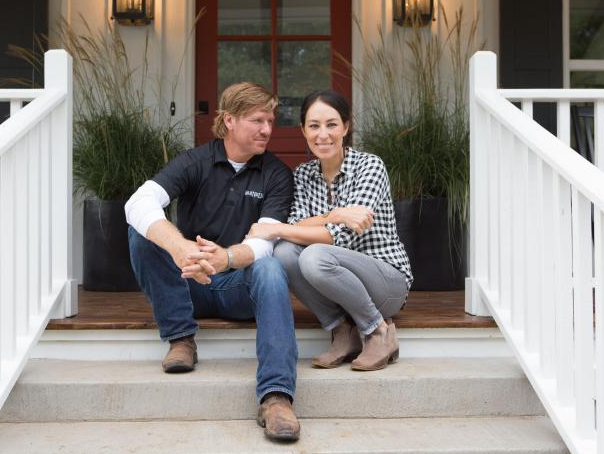 Flippers buy a house, renovate it, and resell it for a profit. Flippers prefer to take a short-term loan instead of a fifteen-year loan, even if they pay higher interest rate for the loan. The loan application process is faster and less of a hassle. Builders also make use of hard money loans, for the same reasons.

Sachem makes short-term loans of three years or less. The loans typically have a maximum initial term of one to three years. Interest rates on loans are between 5% and 13% per year. The loans also have origination fees or points ranging from 2% to 5% of the principal.

The loans are first-lien mortgages, giving Sachem the first right to take control of the property and sell it to recoup its losses if the flipper or builder cannot pay.

A real-world example of what happens when a property must be foreclosed comes from a hard money lender I have a nominal stake in. In this case, the company foreclosed on a property to recoup its money. The original loan was $195K. (The numbers are in thousands and adjusted slightly for the sake of the example.)

Sachem recently reported in the 10-Q:

At June 30, 2020, 13 of our mortgage loans were the subject of enforcement or collection proceedings. The aggregate amount due on these loans, including principal and unpaid accrued interest, was approximately $3.6 million, representing approximately 3.2% of our aggregate mortgage loan portfolio. In the case of each of these loans, we have determined the value of the collateral exceeds the aggregate amount due.

These loans are not a total loss. If it loses 10% of these loans, for instance, the company will have lost 0.32% of its loan portfolio.

The Effects of COVID-19

On March 20th, 2020, the governor of Connecticut ordered all non-essential businesses to close. Phase 1 of a re-opening plan was in effect two months later in May, and Phase 2 was put together in June. Phase 3 is reported to take effect October 8th. Sachem responded by rotating employees between the office and work from home. The company also put into practice the following policies:

It relaxed the loan-to-value stipulation and returned to 70% LTV beginning July 1st.

As of June 30, Sachem reported the following for forbearance requests:

Currently, of our 477 mortgages receivable, we have 23 loans in forbearance due to COVID-19, representing $6.5 million of mortgages receivable and a total of approximately $200,000 of deferred interest. Once a forbearance request is initiated by the borrower, we promptly request documentation to determine the validity of the request and if valid and reasonable, we defer the borrower’s payment of interest for a period of 90 days. A legal fee is the only charge passed on to the borrower.

During the conference call, Villano went into some detail about forbearance, saying “It’s not like an open chamber of air with no money.” These are not bad loans, just borrowers needing assistance.

“More than 16,000 New Yorkers have left the state for suburban Connecticut since March, according to new data from the U.S. Postal Service,” a report stated on July 2nd. Manhattan rental market has reportedly plunged, leaving 15,000 empty apartments in August. The inventory of units empty is the largest recorded in a 14-year history. First-time buyers are coming from this rental market.

Sachem is a company based in Connecticut, and typically lends to flippers renovating real estate in Connecticut. The company is aware of the shift, and has reported increased property values in southern Connecticut.

Despite this, Sachem emphasizes its slow and steady expansion into Florida and Texas more than the migration away from the cities. The company has “boots on the ground” in those two states. According to the 10-K, dated the end of 2019, the company has already made steps to expand outside its based in Connecticut. At the end of the year, it had 10% of the loans in its portfolio in Massachusetts, New York, Vermont, and Rhode Island. More recently, it made loans in Arizona, Texas, and South Carolina.

In addition, Sachem is funding larger loans than in the past. The company is further looking for higher-quality translations to help maintain a low foreclosure rate.

As Rida Morwa and Treading Softly recently pointed out in their article, Sachem’s balance on the $35 million credit facility has been entirely paid off, and the company’s debt now comes in the form of three publicly traded baby bonds. Other than the three bonds and a $0.7 million mortgage, the company has no debt. The baby bonds are:

SCCC has been trading less than a month and is likely still off the radar for most investors, despite the popularity of Morwa’s articles. That 7.7% may not last long.

Its older sibling, SACC, is still trading below par.

At the end of June, the first two notes were $55.7 million. Proceeds from the third note was $14.3 million. Including the mortgage, total indebtedness is estimated to be approximately $70.7 million.

In June, total assets were $143 million, including $111 million of mortgages receivable.

The common stock is still paying out 9.1% in dividends. The dividend has not had the steady increase I usually look for, but the company has continued to pay the dividends throughout a difficult year.

Revenue is gained primarily from the interest earned from loans. Net income is primarily the spread between earned interest and the cost of funds. Funds from Operations has generally followed the revenue stream. The price has not quite caught up yet and continues an upward trend.

Sachem is profiting from the current real estate boom. It is making steady progress in expanding its footprint to include Texas and Florida. All three of its bonds pay 7% or more in dividends, and the common stock is paying out more at 12.1%. Given the company’s financial stability, its ability to grow during a pandemic, and its continued growth plans, the stock is a Buy.

Disclosure: I am/we are long SACH, SACC, SCCC. I wrote this article myself, and it expresses my own opinions. I am not receiving compensation for it (other than from Seeking Alpha). I have no business relationship with any company whose stock is mentioned in this article.