A high-profile office campus adjacent to the Dallas Galleria is up for grabs.

The two-building Heritage Square is located near the northwest corner of the Dallas North Tollway and LBJ Freeway.

The 10-story and 11-story office towers are about 80% leased to multiple business tenants.

The property includes a site for additional development.

Since 2014, Heritage Square has been owned by a New England investor.

Now the Dallas office of Newmark Knight Frank has been hired to market the buildings for sale. Gary Carr, John Alvarado, Robert Hill and Chris Murphy are handling the deal.

The Galleria area office buildings are just the latest in a growing number of local commercial properties to hit the market since the COVID19 pandemic started.

Newmark Knight Frank is also marketing the 56-story Renaissance Tower in downtown Dallas, one of the city’s largest buildings. 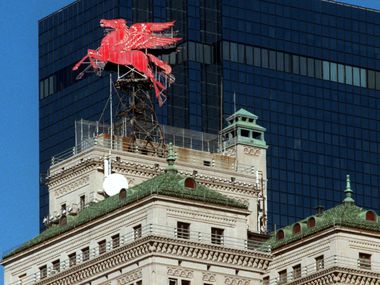