Note: I have covered Workhorse Group (WKHS) previously, so investors should view this as an update to my earlier articles on the company.

On Tuesday, shares of electric vehicle developer and producer Workhorse Group (“Workhorse”) sold off after Roth Capital analyst Craig Irwin downgraded the stock from “buy” to “neutral” and cut its price target from $33 to $27 as the eagerly-awaited decision on a massive $8.1 billion United States Postal Service (“USPS”) next generation delivery vehicle contract award has apparently been delayed beyond the November 3 US Presidential Election date:

“We received an email communication from the USPS after heavy press coverage of our call indicating confidence in Workhorse’s bid for the $8.1bn and 165,000 unit NGDV contract. We noted then the decision day was slated for today, October 13th. A USPS PR spokesperson indicated it now expects a decision by the end of 2020. We always viewed political optics of an award before the election as essential, and now see increased risk for an award.” 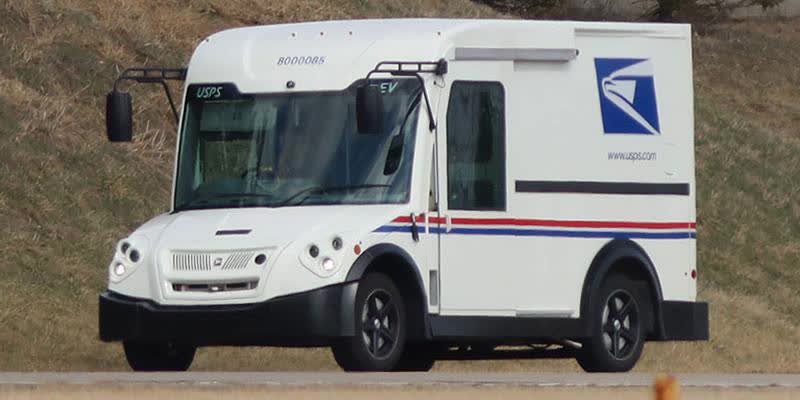 Remember that Workhorse is affiliated with Lordstown Motors Corporation (“LMC”), a private company founded by former Workhorse CEO Steve Burns which is about to go public via a reverse merger transaction with blank check company DiamondPeak Holdings Corporation (NASDAQ:DPHC). Once consummated, shares are expected to trade on Nasdaq under the ticker “RIDE.”

The move paves the way for LMC to begin production of the Endurance™ pickup truck, the industry’s first all-electric pickup truck purpose-built for fleets starting in late 2020.

Under the terms of the IPLA, Workhorse is granting LMC a three-year exclusive license of certain intellectual property relating to the Company’s W-15 electric pickup truck in exchange for an initial equity stake of 10% in LMC, which will be anti-dilutive for two years. Going forward, Workhorse is entitled to a license fee equal to 1% of the gross sales price of each LMC truck sold, up to the first 200,000 units. LMC has agreed to pre-pay a portion of the license fee in an amount equal to 1% of the aggregate debt and equity commitments LMC intends to raise. Once the pre-payment has been amortized over actual production, LMC will pay on a per unit shipped basis up to the 200,000 unit cap. Workhorse will receive an additional 4% commission on the gross sales price of trucks sold which fulfill the 6,000 pre-orders for the W-15 transferred from the Company to LMC.

At a stated price tag of $52,500 for the Endurance pickup truck, the potential proceeds to the company over time calculate as follows:

In addition, the company has been allocated a 10% stake in LMC which will be dilution-protected for two years. 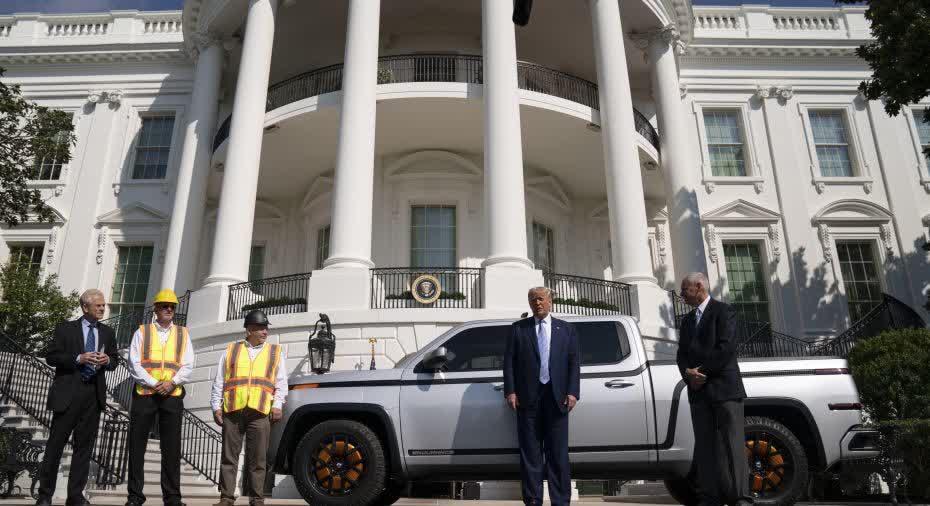 In return, LMC has effectively secured the right to become Workhorse’s contract manufacturer for the new USPS delivery truck:

With the POTUS congratulating LMC at a White House event two weeks ago and Vice President Pence having attended the unveiling of the Endurance truck in June, market participants anticipated a USPS contract announcement prior to the election date as a Workhorse/LMC win would have likely been viewed as a much-needed success in the important swing state Ohio.

With the bet on politics somehow influencing the contract award decision in the company’s favor now off and the outcome of the election very much uncertain, the risk for Workhorse has apparently increased.

Without the USPS contract, Workhorse would essentially be down to its 10% stake in LMC currently valued at roughly $400 million, the Endurance truck participation and its stated $70+ million net cash balance after the closing of Monday’s $200 million convertible note financing.

Investors should not count on the company’s legacy contract with UPS (UPS) for the manufacturing of up to 1,000 electric delivery vans as UPS has retained the right to reduce or even cancel the balance of the order. Meanwhile, UPS has turned to UK-based competitor Arrival with an initial order for 10,000 electric delivery trucks. In addition, UPS Ventures has invested an undisclosed amount into Arrival.

At least Workhorse had the right timing for the announcement of its latest convertible note financing with the stock reaching new all-time highs on Monday.

Once again, the company decided to sell convertible notes to hedge funds instead of using its elevated share price to raise equity at minimal dilution to existing shareholders (emphasis added by author):

On October 12, 2020, Workhorse Group Inc. (the “Company”) entered into a note purchase agreement (the “Purchase Agreement”), with Antara Capital LP (“Antara”) and HT Investments MA LLC (“HT”, and together with Antara, the “Investors”) pursuant to which the Company agreed to issue and sell, in a private placement by the Company to the Investors (the “Private Placement”), 4.00% senior secured convertible notes due 2024 in an aggregate principal amount of $200,000,000.00 (the “Notes”) that are convertible into shares of the Company’s common stock, par value of $0.001 per share (“Common Stock”).

The Company is paying commissions to Goldman Sachs & Co. LLC and BTIG, LLC in connection with the Private Placement, so the proceeds before expenses will be approximately $194,500,000, following their release from escrow upon satisfaction of certain conditions related to the collateral. The Company expects to use the net proceeds from this offering to increase and accelerate production volume, advance new products to market, and support current working capital and other general corporate purposes.

The Notes shall be senior secured obligations of the Company and rank senior to all unsecured debt of the Company, and will be due on October 14, 2024. The Notes will bear interest at 4.00% per annum, paid quarterly commencing January 15, 2021 in cash or, subject to certain conditions and other limitations, shares of Common Stock, at the Company’s option. The interest rate on the Notes may be reduced to 2.75% if the Company meets certain conditions. The conversion price will be $36.14, a 35% premium over the closing price of the Common Stock trading price on October 9, 2020, subject to certain potential closing adjustments based on the average trading price for the two trading days prior to closing, as well as customary anti-dilution adjustments and adjustments for certain corporate events. The number of shares issuable in lieu of cash interest on the Notes will be based on the share price of the Common Stock at that time. The Notes will generally not be redeemable at the option of the Company prior to the third anniversary of their issue date.

Quite frankly, I was surprised about the rather moderate drop in the company’s share price after news of the delayed USPS contract award decision broke. With Workhorse’s current $2.5 billion valuation largely tied to a USPS contract win, nonconsideration could easily cause the shares to drop by 50% and potentially much more, depending on the value of its LMC stake.

Tuesday’s news added even more risk to an already dicey bet. Investors would be well served to remain on the sidelines until the USPS has finally announced its decision.